PetroSaudi's Tarek Obaid Cavorted With Nude Models On A Luxury Yacht As DOJ Filed Evidence On His Stolen Cash.... 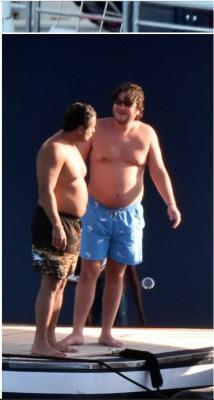 At the weekend Malaysia’s bravest and most conscientious students walked peacefully through Kuala Lumpur to express concern over the leeching of their country’s wealth through 1MDB.

That theft was minutely detailed by investigators from the Department of Justice of the United States in their court filing of 20th July.

The students were exercising their democratic right to peaceful protest and freedom of expression and the event passed without a single incident of disorderly behaviour.

Nevertheless, because Prime Minister Najib Razak is directly implicated over 1MDB, his police chief unconstitutionally declared this student action to be ‘illegal’ on invented grounds.

Now agitators funded by Najib are seeking to ‘report’ and harass those students one by one.

Who is Halal and who is Haram?

Switch now to the azure waters of the Aegean Sea, where some of the key individuals identified as having stolen the billions missing from Malaysia’s 1MDB development fund were recently recorded participating in a very different set of activities by an outraged Turkish media – just hours before the DOJ report.

In late July, just as the DOJ was bringing out its findings on the largest ever kleptocracy seizure in the United States, one of the key players in the whole event, PetroSaudi Director Tarek Obaid, was featuring prominently in a yacht party that caused outrage in Najib’s key ally Turkey. 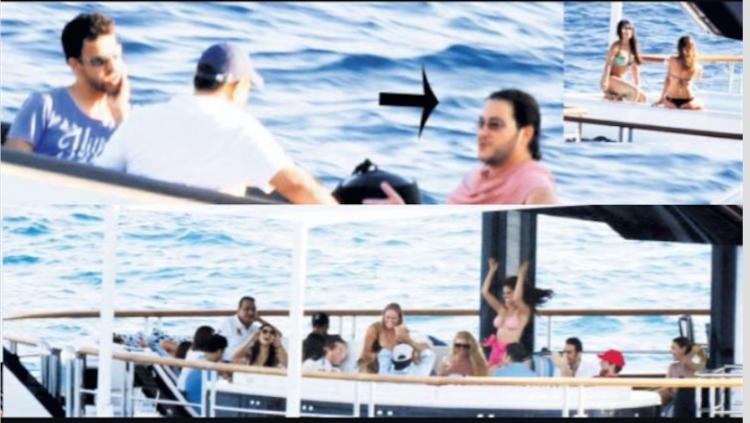 Indeed, whilst Najib and his law enforcers have hit hard against local protestors, they have worked equally hard to close down investigations over 1MDB and people like PetroSaudi’s Tarek Obaid, who has been living it up since 2009, getting chubbier and chubbier. 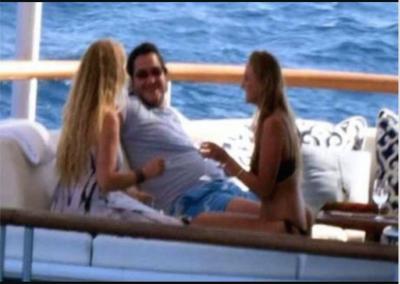 Tarek living it up

Bafflingly, while countries all over the world (eg Singapore, Switzerland, Luxembourg and the USA) have set about punishing their banks and other institutions for having processed stolen public money belonging to Malaysians, the Malaysian PM himself has refused to do the same.

Which means that PetroSaudi’s Tarek Obaid has carried on as before – enjoying the pleasures bought by the billions stolen from a fund set up in the name of improving the lives of Malaysia’s poorest people.

This is what the Turkish media outlets were reporting:

“According to Turkish daily Cümhuriyet, the Saudi prince Nawaf bin Abdulaziz al-Saud has rented a luxurious yacht named “Desert Moon” for four days and flying British flag. The Saudi prince was accompanied by a great entourage of European supermodels, families and acquaintances.
Scandalous paparazzi pictures of the Saudi prince dancing with naked Ukrainian girls while live music was played shocked Turkish public and media.
The Saudi profligate prince and his companions swam in the dead of night due to security matters, enjoying all sorts of water sports and afterwards, the depraved guests were served with champagne and Russian caviar.
For the dinner, Prince Nawwaf invited his bevy of harlots to a fancy restaurant in Yalıkavak — 18 km away from Bodrum on the beautiful Turkish Aegean coast. In addition to restaurant bill which exceeded € 3700; the Prince wanted to display his immense affluence by leaving a € 500 tip to the waiter.”

Photographed at the centre of all this Turkey-shocking ‘debauchery’ was Najib’s joint venture business partner, Tarek Obaid of PetroSaudi. This is the man whom very many people in Malaysia are asking to be held to account or at least investigated for his role in the loss of billions from 1MDb. 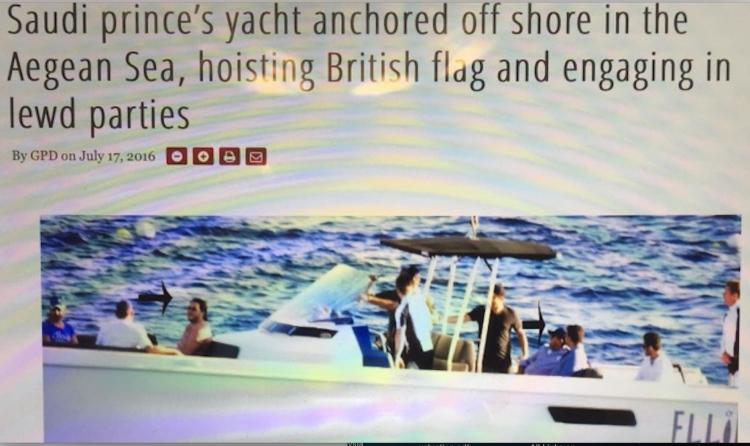 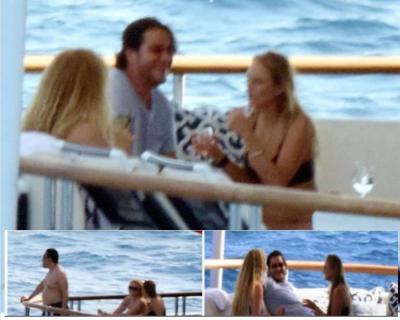 Obaid centre stage, whilst the DOJ prepared to finger his involvement in the billions stolen from Malaysia

And whilst playing ‘holier than thou’ he has persecuted everyone who has criticised the situation, while allowing his close associates to spend the money from their looting on what most would describe as pure debauchery.

Indeed Tarek was enjoying the hospitality of a host who has relied on Najib’s active support for Saudi Arabia’s vicious bombing campaign against civilians, killing women and children in one of the most shameful present episodes in the Middle East. The key figure behind this raucous hedonism was none other than the nephew of Tarek’s PetroSaudi business partner with 1MDB Prince Turki, Prince Mohammad Bin Salman, who is the present Minister for War.

Oil rich Saudi Arabia has been trying out all its weaponry against the impoverished people of Yemen, relating to their religious quarrels to do with rival Islamic sects. Prince Mohammad is believed to be Obaid’s key power contact in Saudi.

Clearly they have a close relationship and shared tastes to bring them both together, which have nothing to do with their religion. 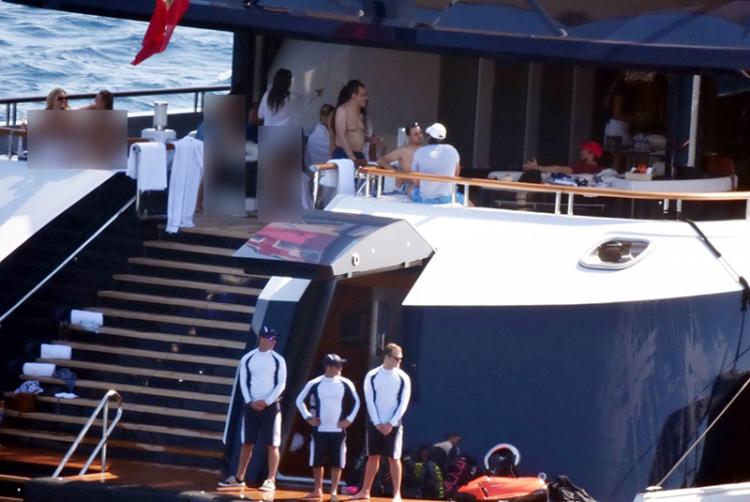 blatant exposure of flesh, consumption of alcohol… and plenty more?

On holiday in Turkey those religious principles of Najib’s allies seem to have been conveniently shunted to one side. 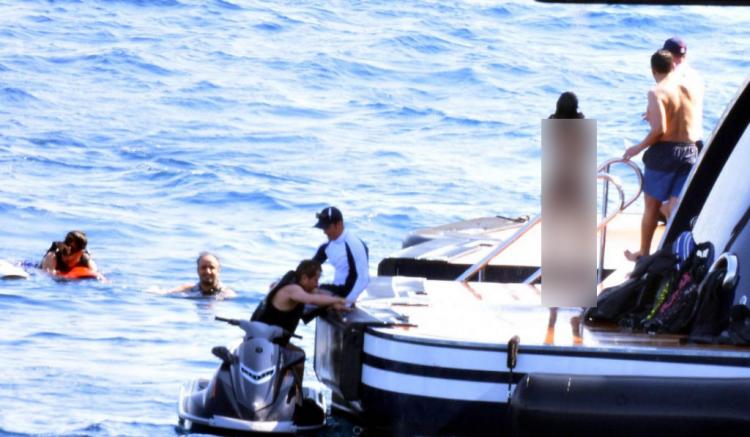 Barely able to waddle into the waves, while children suffer without food and water in bombed towns of Yemen in a Malaysia supported conflict

Why does Najib not shake up his dopey IGP and demand proper action over 1MDB and leave those conscientious students well alone?

Perhaps we all know why?